Sohini is nominated by the NIH for the PECASE!

Sohini has been named a recipient of the Presidential Early Career Award in Science and Engineering, nominated by the NIH! This is an honor, and a complex honor to receive under the Trump administration. Sohini joined 83 other awardees to write and sign a statement that can be found here. Below, she is accepting the award from the Director of the White House Office of Science and Technology Policy, Kelvin Drogemeier. Sohini was also covered in February 2020 by the NIGMS Biomedical Beat Blog. 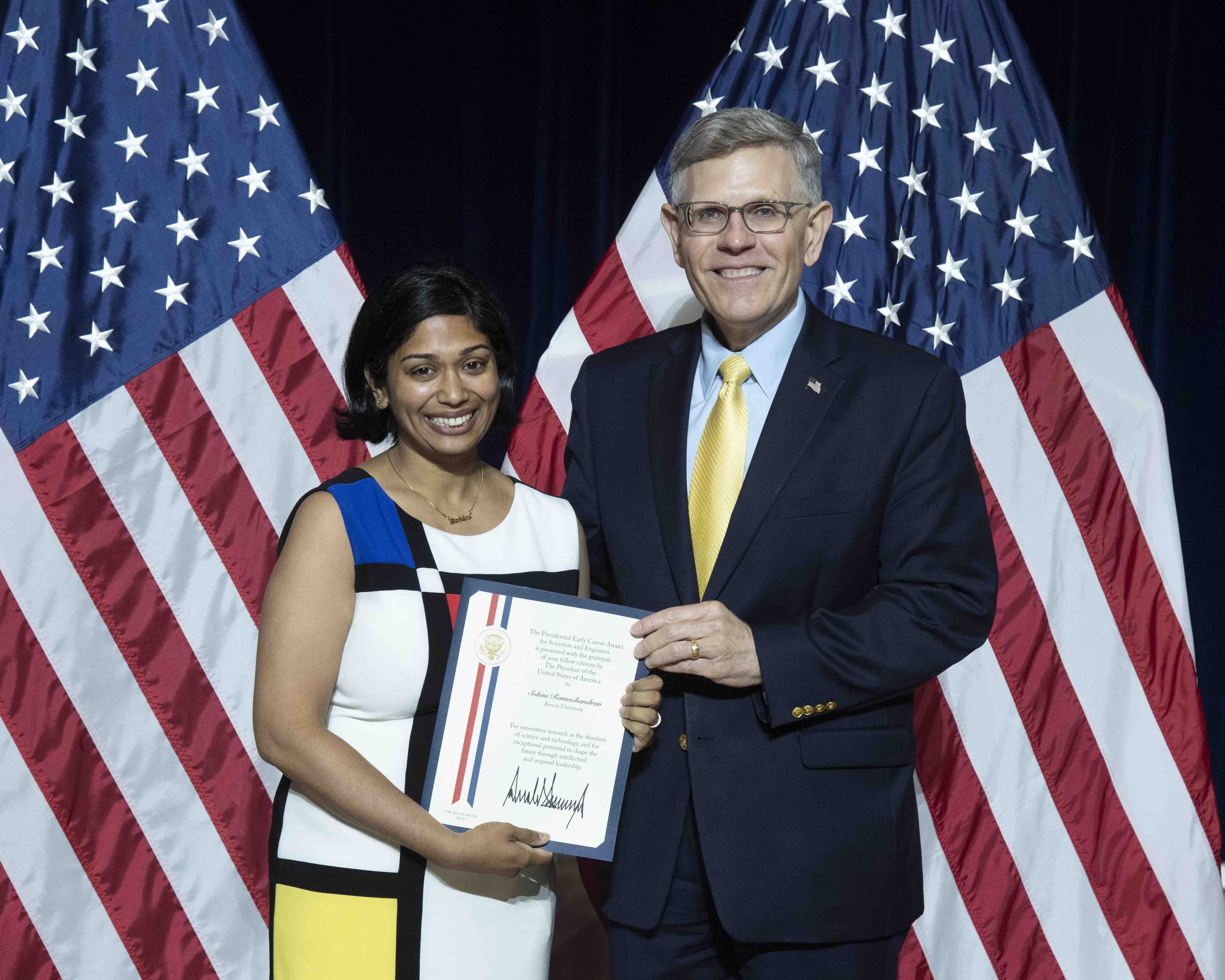