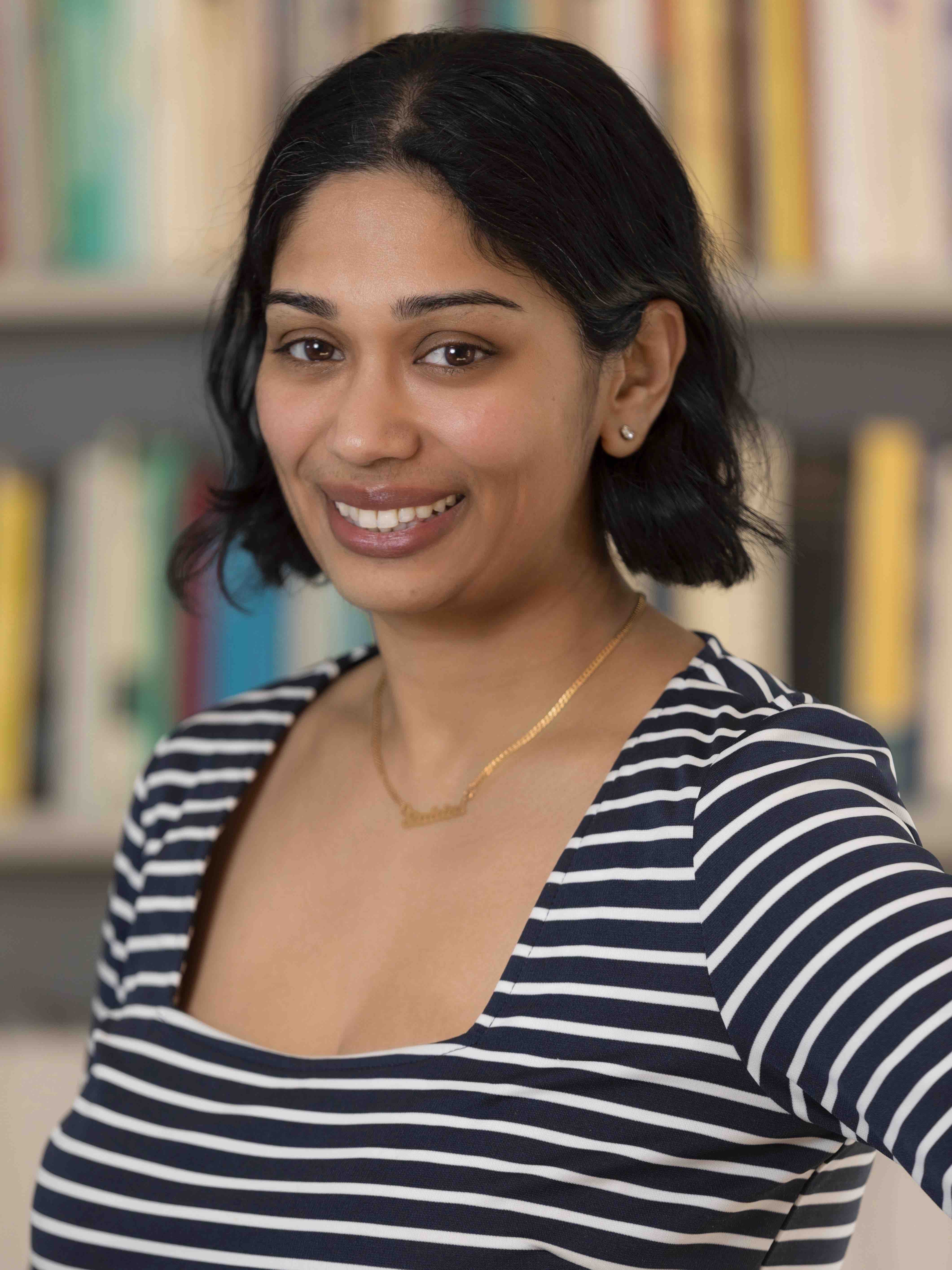 Sohini Ramachandran joined the faculty of Brown University in July 2010, and was promoted to Professor of Ecology and Evolutionary Biology in July 2021; she also holds a courtesy faculty appointment in Computer Science. She is also the Director of Brown University's Data Science Initiative, since July 2021, and served as Interim Director beginning August 2020. From July 2017-July 2022, Sohini served as Director of Brown University's Center for Computational Molecular Biology.
Prior to beginning her faculty appointment at Brown University, Sohini spent 3 years as a Junior Fellow at the Harvard Society of Fellows and postdoctoral fellow in Professor John Wakeley’s group at the Harvard University Department of Organismic and Evolutionary Biology. She completed her PhD in 2007 with Professor Marcus Feldman at Stanford University’s Department of Biological Sciences.

Sohini's research program has been recognized with multiple national awards, including a 2012 Sloan Research Fellowship, funding as a Pew Biomedical Scholar (2012-2016), and a Presidential Early Career Award in Science and Engineering (PECASE, nominated by the NIH, awarded 2019). She is also the Contact PI and Program Director of Brown University's NIH T32 Predoctoral Training Program in Biological Data Science, and a standing member of the NIH Genetic Variation and Evolution study section (7/2018-6/2024). In Spring 2019, Sohini was a Natural Sciences Fellow at the Swedish Collegium for Advanced Study in Uppsala, Sweden. In recognition of her teaching at Brown University, she has received a Henry Merritt Wriston Fellowship (2016) and the Philip J. Bray Award for Excellent in Teaching in the Physical Sciences (2021).
Sohini goes through phases of long-distance running to fit in with colleagues, but her favorite hobby is knitting. She seeks out infinite games, and her self-competitive spirit is fueled by having misspelled 'succedaneum' at the 1995 National Spelling Bee. 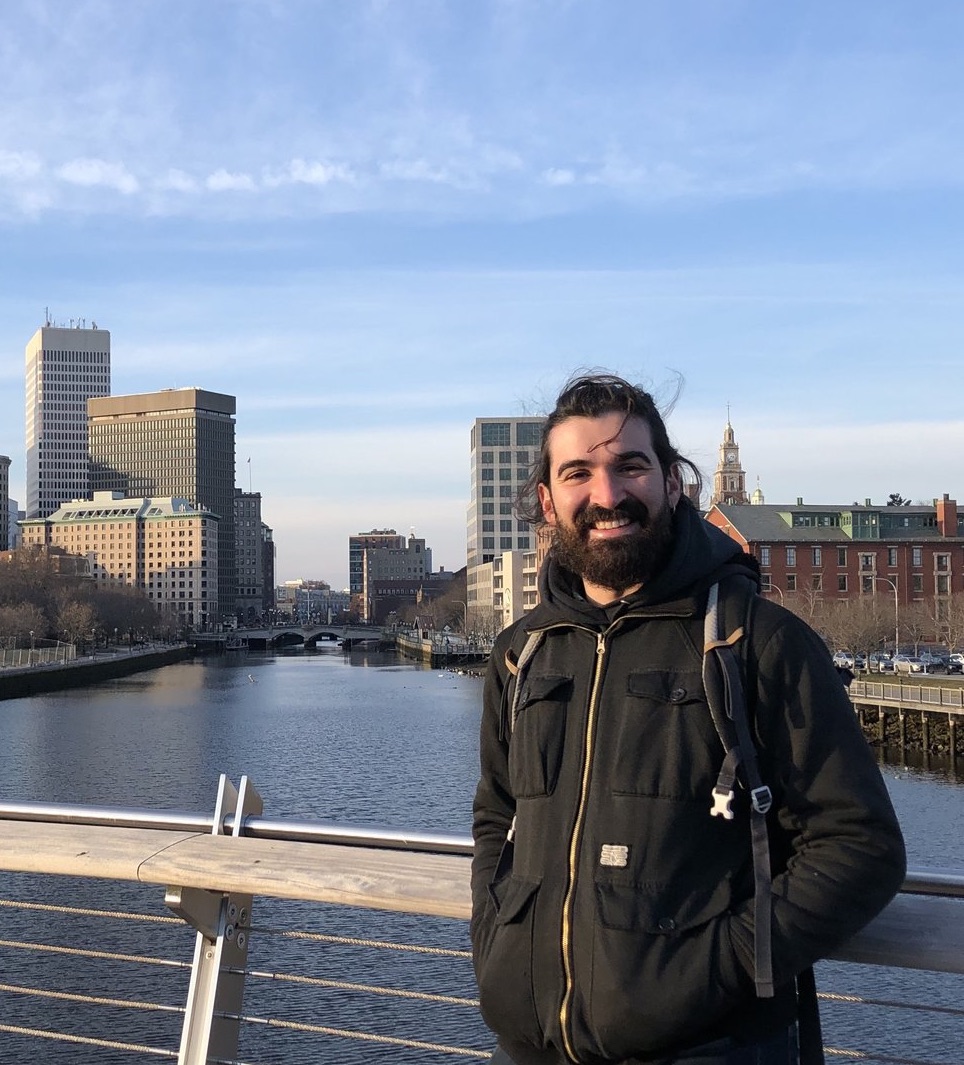 Carlos Sarabia completed his PhD in 2021 at the EBD-CSIC (Spain) where he worked at Dr. Jennifer Leonard’s group of Conservation and Evolutionary Genetics. His thesis was focused at the detection of adaptive introgression and climate change-related changes in demographic history of African golden wolves. During his thesis, he also participated in research at Prof. Bridgett vonHoldt’s group in Princeton University and at Prof. Shyam Gopalakrishnan’s group at the University of Copenhagen (Denmark), funded by an EMBO Short-Term Fellowship and a Severo Ochoa Excellence PhD grant. Prior to his PhD, he graduated from a MSc of Paleogenetics and Paleoanthropology at the University of Tuebingen (Germany) with Prof. Johannes Krause, working at the MPI-SHH in phylogenomics of ancient horses. Carlos’ current focus in Ramachandran lab is to detect local adaptation in human populations under complex admixture histories or extreme demographic changes. 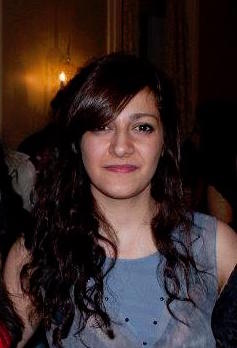 Sahar Shahamatdar graduated from Brown in 2013 with an Sc.B. in Materials Science Engineering. Sahar is an MD-PhD student at Brown's Alpert Medical School, and joined the Ramachandran lab in May 2017. She is currently working on multiple lines of inquiry in computational cancer genomics, ranging from identifying germline variants that contribute to immune infiltration in tumors to applying deep learning techniques to perform various predictive tasks using histopathology samples. Sahar defended her dissertation with aplomb on April 1, 2021 and will transition to clinical rotations as part of her continuing medical training in late May 2021. 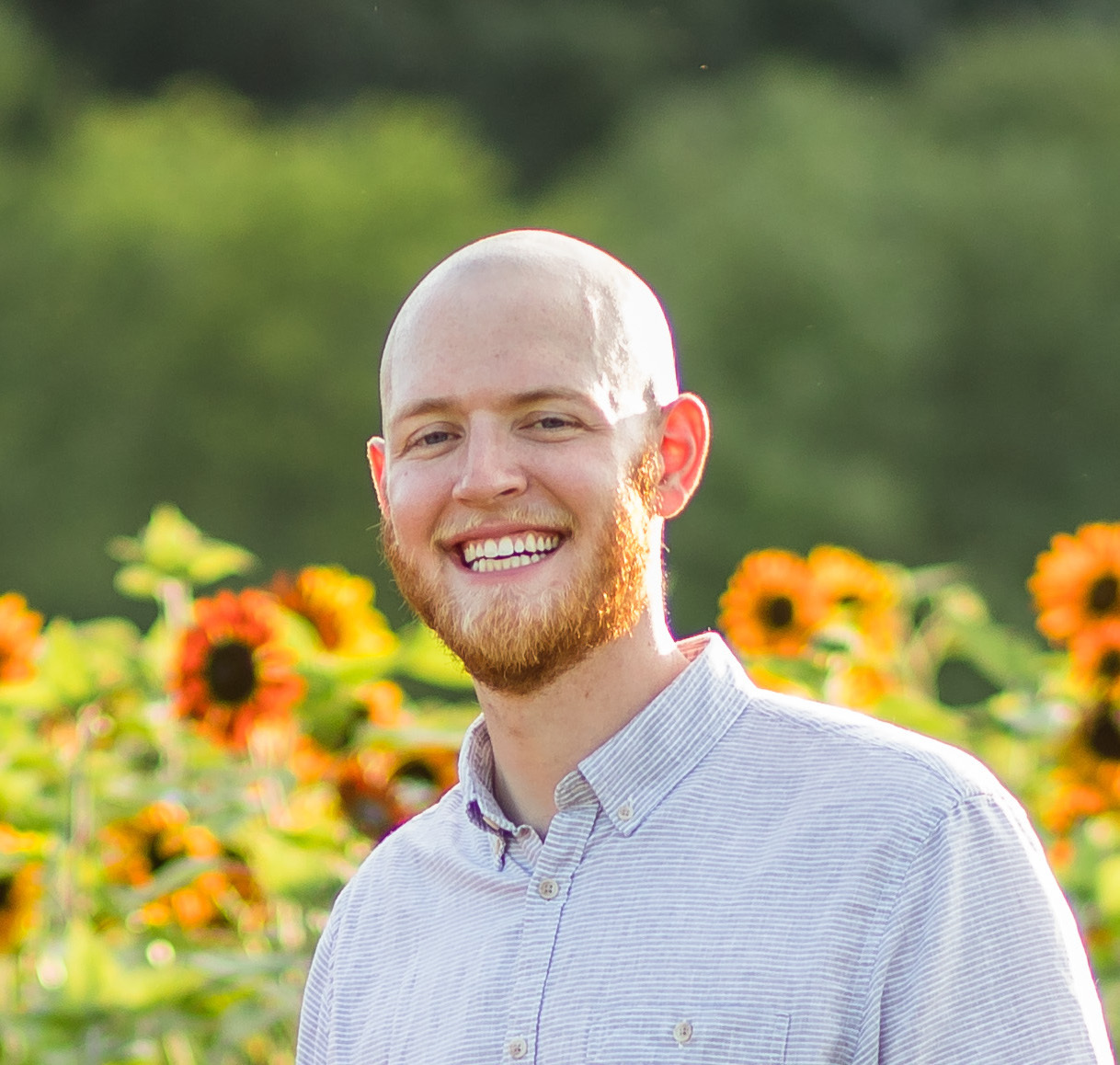 Sam Smith majored in Ecology, Evolution, and Organismal Biology at Vanderbilt University and joined the Computational Biology PhD program, and the Ramachandran Lab, in June 2017. Sam is working on developing methods for multiethnic genome-wide association studies, and for identifying shared gene subnetworks underlying multiple complex traits. Sam defended his superb dissertation on March 23, 2022 and will begin a postdoctoral fellowship at the University of Texas, Austin with Arbel Harpak in the fall. 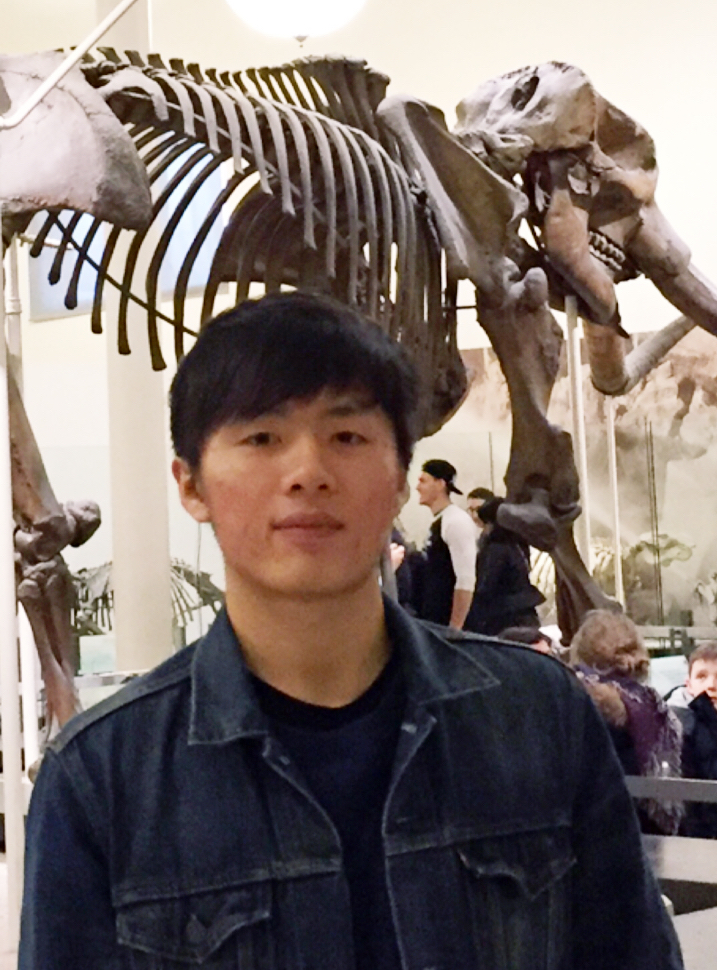 Wei Cheng graduated from Cornell University where he studied bioinformatics in Andy Clark’s lab. He is interested in studying statistical theory, and in developing computational methods for characterizing evolutionary processes using genomic data. He is currently working on multiple new machine learning approaches for characterizing complex trait architecture at a variety of genomic scales. Wei did a wonderful job defending his dissertation on April 6, 2022 and will become a Research Scientist at Meta/Facebook during summer 2022. 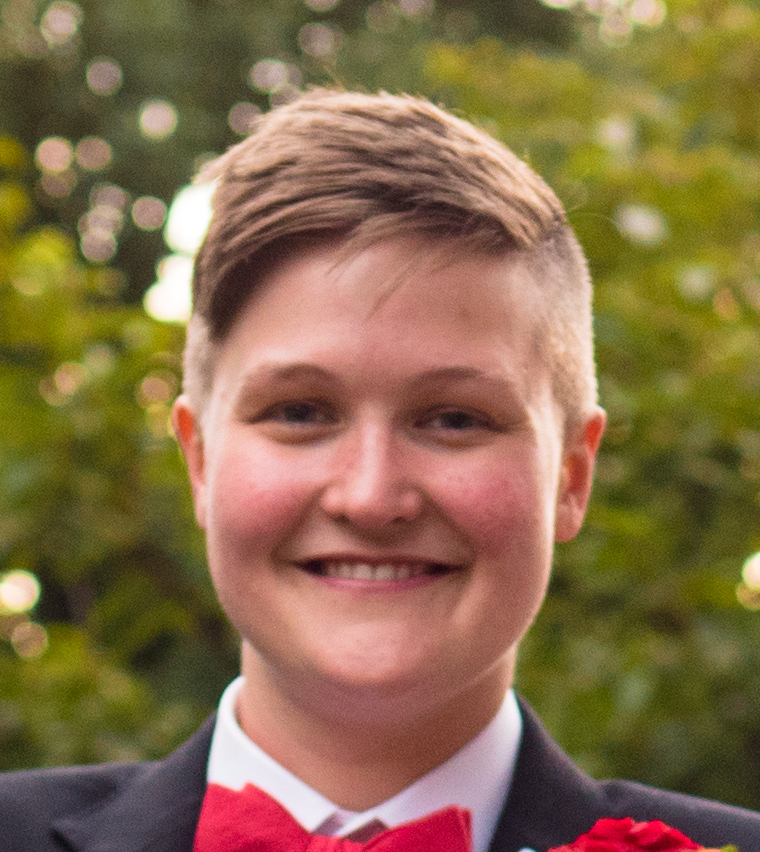 Kaileigh Ahlquist received an MS from Cornell University in Plant Breeding and Genetics, studying the evolution of the MYB transcription factor family in crop species in the lab of Walter De Jong. Prior to that, Kaileigh received a BS from Reed College in Biology. Kaileigh's current focus in the Ramachandran lab is understanding and detecting balancing selection. 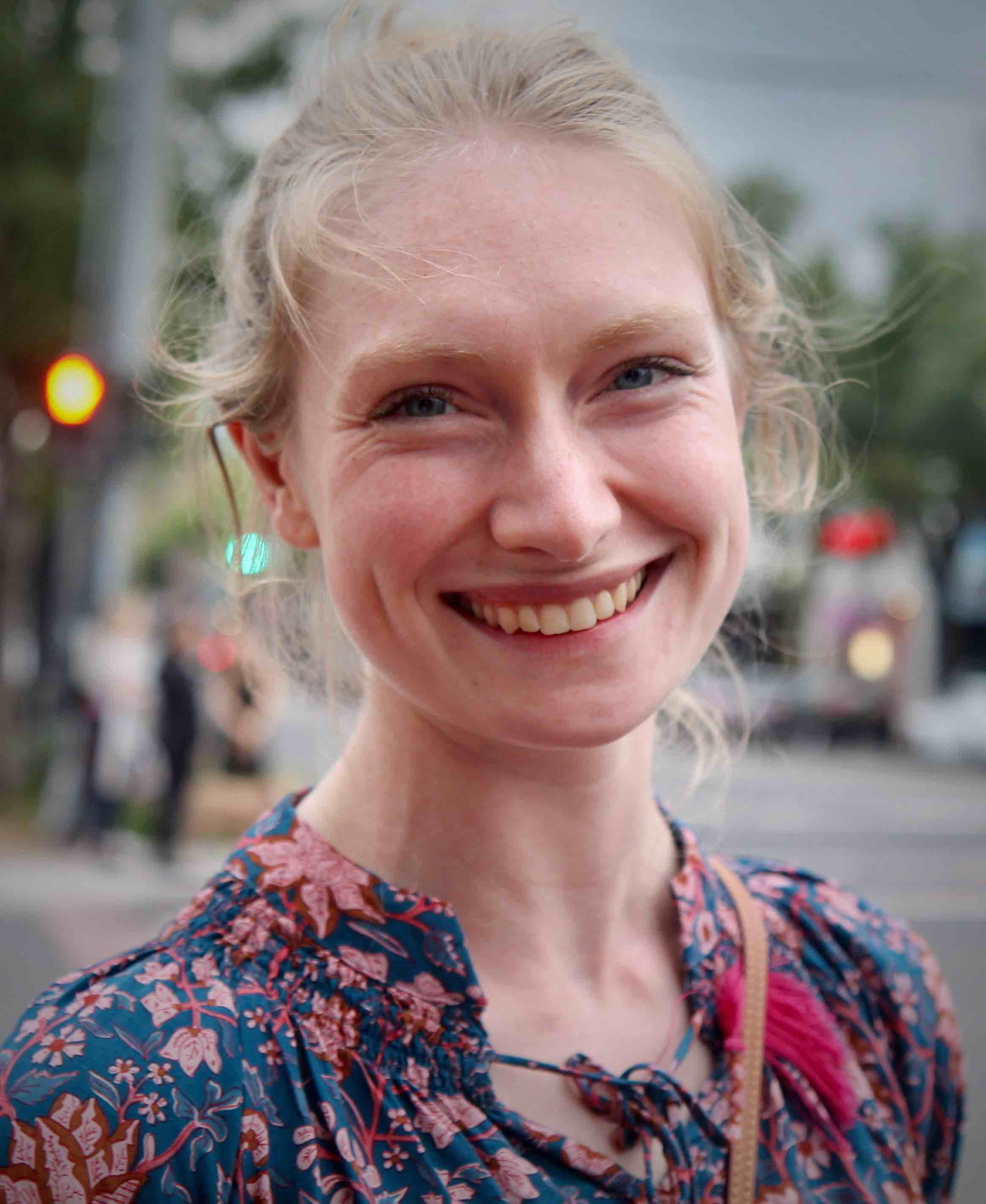 Elsie graduated from Harvey Mudd College in 2015 with a B.S. in Mathematical and Computational Biology, where she worked with Lauren Chan. Prior to joining the Ramachandran Lab during Fall 2019, Elsie worked as an ORISE intern at the Walter Reed Biosystematics Unit, and as a Research Technician and Laboratory Manager in Adam Kepecs' systems neuroscience lab at Cold Spring Harbor Laboratory. She is interested in population genetic inference and spatial genetics. 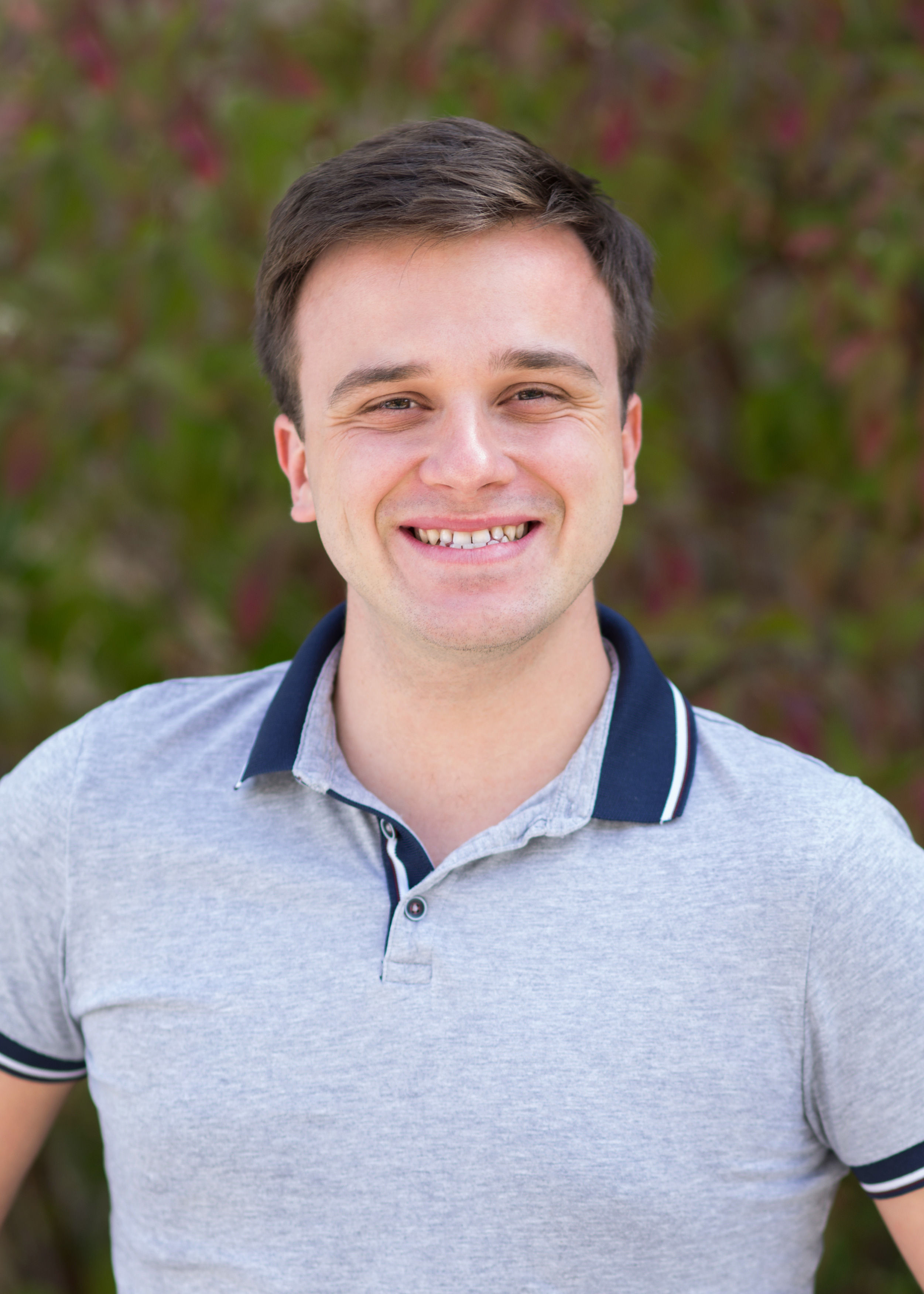 Cole Williams graduated from UC Davis in 2019 where he worked in Dr. Brenna Henn’s group studying the use of identity-by-descent (IBD) to infer pedigree relationships. He spent a year at the Colorado Center for Personalized Medicine in the labs of Dr. Chris Gignoux and Dr. Ethan Lange before joining the Ramachandran lab and the Computational Biology PhD program in September 2020. At Brown's Computational Biology doctoral program, he wants to continue thinking about IBD but is also interested in demographic inference, particularly sex-biased migration events, and coalescent theory. 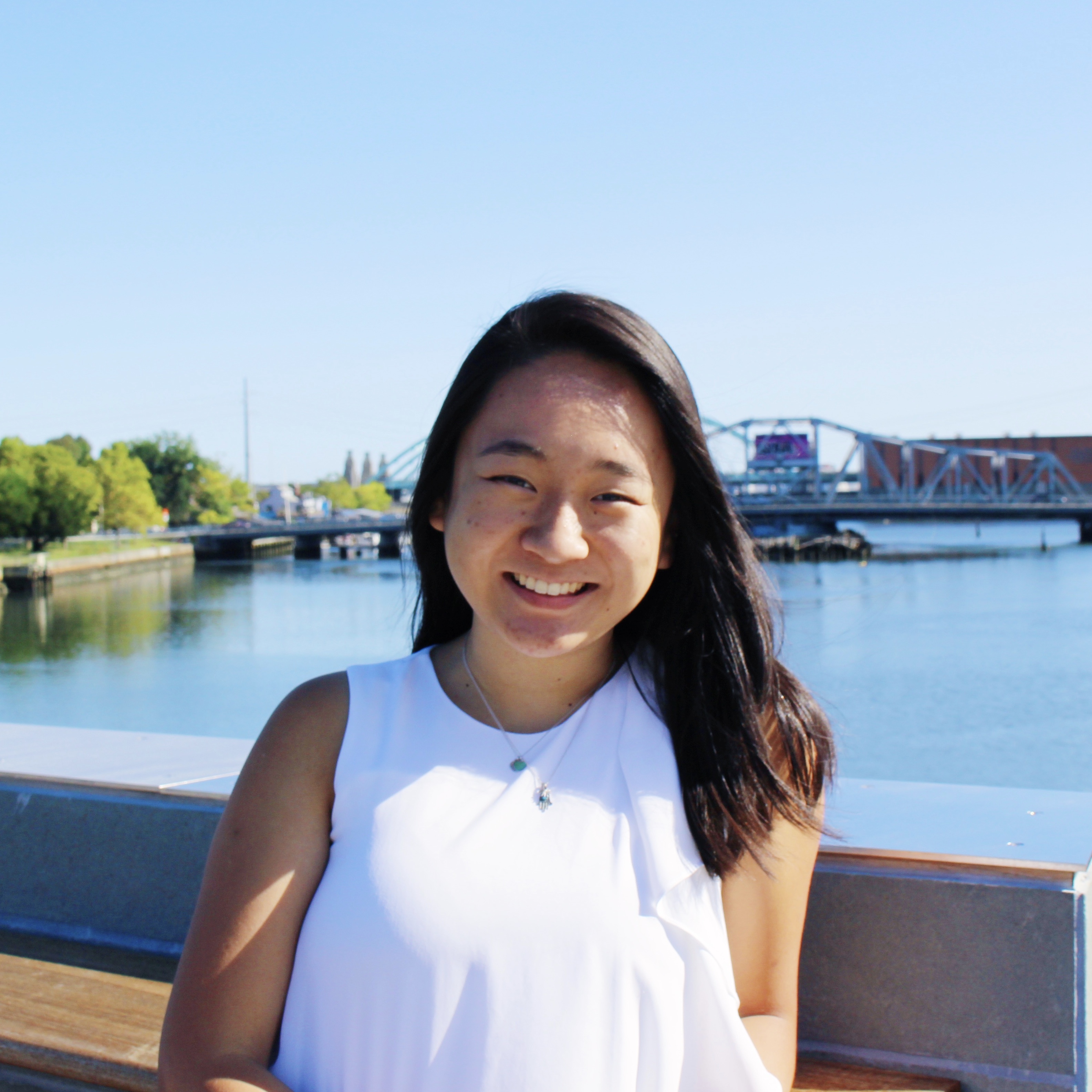 Selena is a sophomore at Brown pursuing a degree in Computational Biology. She was awarded an UTRA to work in the Ramachandran Lab during Summer 2020, and is currently working in collaboration with Samuel Smith and Greg Darnell on methods for multiethnic GWAS of single and multiple traits. Selena is a coauthor on multiple papers from the lab, and we will miss her when she matriculates at Harvard Medical School in Fall 2022.

coauthor on pong; funded by Brown University, CCMB, an UTRA (summer 2016), and an REU supplement to NSF CAREER DBI-1452622 (summer 2016); ScB in Computer Science and Religious Studies (2017) -> Microsoft, Seattle as a software engineer on the Shell Team of the Windows and Devices group (summer 2017 - present).

The Crawford Lab at Brown University is in the Department of Biostatistics, and develops methods to address problems in quantitative genetics and cancer biology. We collaborate on developing model-based approaches to detect genomic interactions underlying complex traits, at a variety of genomic scales.

The Henn Lab at the University of California, Davis investigates patterns of human genetic diversity and evolution by pairing genomic datasets with phenotypic, linguistic, and prehistoric information. We are collaborating on applications of our new selection detection methods to African population genomic data and functional genomic data.

The Huerta-Sanchez Lab at Brown University is in Ecology and Evolutionary Biology and the Center for Computational Molecular Biology, and focuses on theoretical population genetics and the integrated analysis of modern and ancient genomes. We collaborate on the development and application of new coalescent-based methods for inference of population histories using ancient and extant DNA.

The Raphael Lab at Princeton University focuses on cancer genomics. We are collaborating on methods for identifying pathways underlying common diseases using germline genetic data from cases and controls.

The Rosenberg lab at Stanford University has been a longtime collaborator with our group in studies of human population structure.

The Sandstede group at Brown University is in the Division of Applied Mathematics, and focuses on dynamical systems and the topology of high-dimensional datasets. We are collaborating on developing new methods to identify human phenotypes that share a core set of mutated genes in large genome-wide association datasets.

The Van Allen lab at the Dana-Farber Cancer Institute drives precision cancer medicine through clinical computational oncology. We collaborate on the integrated analysis of germline and somatic data to test for predisposition to immune infiltrate in cancers.

Dr. Yang is on the faculty at St. Jude Children's Research Hospital, in the Department of Pharmaceutical Sciences. Our collaboration centers around characterizing the evolutionary history of mutations associated with incidence and treatment outcome in acute lymphoblastic leukemia.

There are positions available for postdoctoral fellows to join the lab. Applicants must have a background in theoretical population genetics with experience analyzing data, or a quantitative background (e.g., statistics, computer science) with a desire to do research in genetics and evolutionary biology. Programming skills and proficiency in Unix-based computing environments are very desirable. Successful candidates may develop projects related to any of the lab’s research topics, or propose new projects related to the lab's interests.

Informal inquiries as well as applications (consisting of a CV, copies of relevant publications, and contact information for at least two references) should be emailed to Sohini Ramachandran or (in 2021) deposited via Interfolio.

Undergraduates interested in pursuing research in the lab should ideally have taken at least one semester of programming (e.g. CS150 or CS170) at Brown; familiarity with Unix utilities, Perl, and/or R is a plus. Email Sohini Ramachandran about joining the lab, and also note that UTRA can fund undergraduate researchers for a semester or the summer.